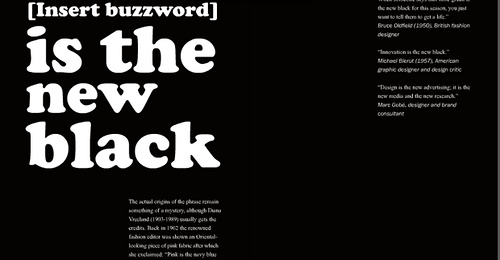 The practice of central banking finds itself in an existential dilemma. Keeping interest rates low is seen as necessary to keep recession and deflation at bay, but cheap money may well cause new systemic risks that could threaten financial stability and undermine economic recovery in the not too distant future. David Tarullo, prominent member of the Board of Governors of the US Federal Reserve System, nailed it earlier this week:

“The worry is that the actual extended period of low interest rates… may be incentivizing financial market actors to take on additional risks to boost margins, thereby contributing to unsustainable increases in asset prices and a consequent buildup of systemic vulnerabilities… Here, then, is the quandary: The very accommodative monetary policy that contributed to the restoration of financial stability could, if maintained long enough in the face of slow recovery in the real economy, eventually sow the seeds of renewed financial instability. Yet removal of accommodation could choke off the recovery just as it seems poised to gain at least a bit of momentum”.

Dealing at the same time with a real risk of deflation (in consumer prices) and a risk of  unsustainable asset price inflation (in housing and equities, for instance) is new territory for most central banks – and not an easy nut to crack. Yet some believe that the solution has already been found –  that all that is needed now is to implement, experiment and learn. The ‘new black’ in central banking, they say, is macroprudential policy.

There is still much debate on what constitutes macroprudential policy, and what does not (with some serious lines of conflict between advanced and emerging market countries, as noted by Paul Tucker). But in international bodies such as the IMF, there is some convergence on what its objectives should be and what policy tools should be deployed. Essentially, macroprudential policy is the use of prudential regulatory measures to mitigate systemic risk. Oft-cited examples are countercyclical capital requirements for banks or loan-to-value ratios for buyers of mortgages.

The hope is that such policies will help central banks maintain price stability while at the same time preventing asset bubbles that may pose systemic risk, so as to ensure enduring stability of the financial system. Will it be possible to combine inflation-targeting monetary policy with financial stability, asks Martin Wolf? “Pulling this off”, he says, “depends on making a new idea – macroprudential policy – effective. Nobody really knows whether this can be made to work”.

Consider the current German predicament to see what is at stake. On one hand, inflation in Germany is well below the 2 % target level, and may potentially stabilize at a dangerously low level, even if outright deflation is avoided. On the other side, Germany is now on Goldman Sachs’ list of the world’s five largest housing bubbles (along with Israel, Norway, Switzerland and Canada), and the German Bundesbank last week officially warned that the housing market was overheating (by some estimates, housing prices in Berlin increased by 80% from 2009 to 2012).

Against this background, one can appreciate why Jens Weidmann, President of the German Bundesbank, assigned “political top priority” to macroprudential instruments in a speech given last week. “Macroprudential policies, with their more versatile and precise instruments, should provide the first defense against financial instability”, he said. “In many cases, the interest rate will prove too crude an instrument with which… to prick asset bubbles”.

Certainly, even if many Germans feel that the deeper reason for their housing bubble is the artificially low interest rates in the Eurozone, it is more than difficult to envisage German policy-makers pushing for higher interest rates in a situation where deflation is a real concern, both in Europe and beyond. Sure, the official line of the ECB is that deflation is not considered a “serious threat” in the Eurozone, but such statements most likely are tactical. Jean-Claude Trichet, former chief of the ECB, insisted Monday that Europe may indeed face deflation risk.

Facing this new central banking quandary, of having to tackle a situation where consumer prices are going south (edging dangerously close to deflation), while asset prices are galloping north, conventional tools of monetary policy are of little use. So, it’s great news that we have a new toolbox, macroprudential policy, to deal with this predicament, right?

First note that it’s not really a new toolbox. The term “macroprudential” has been around since the 1970s, and tools now described as macroprudential have been used in different shapes and forms, especially in emerging economies since the late 1990s. Second, when it comes to the effectiveness of macroprudential tools the evidence “is mixed”, at best. In his Global Central Bank blog in the Wall Street Journal, Jon Hilsenrath last week expressed considerable skepticism:

”Central bankers are putting an awful lot of faith in macroprudential tools that don’t have a perfect track record. Ask Stanley Fischer, the White House nominee for the Fed’s number two spot. As the governor of the Bank of Israel, he fought an ongoing battle against the booming home prices using macroprudential tools, such as imposing restraints on loan to value ratios on homes. The efforts had mixed effects. Home prices kept running higher”.

Ongoing research with my colleague Young Cho suggests that a similar conclusion holds for the Korean experience with macroprudential policy. Loan-to-value (LTV) and debt-to-income (DTI) ratios were deployed to contain housing bubbles in Korea on several occasions during the 2000s, but evidence of the effectiveness of these policies, especially on household leverage and the feedback loop between mortgage credit availability and house price appreciation, remain in question despite frequent showcasing of Korea as the poster child of macroprudential policy.

David Tarullo’s assessment of the limitations of macroprudential tools is telling. “In practice”, he says, such policies face a number of challenges, including questions about the reliability of measures to guide policy actions, which officials should make macroprudential decisions, the speed with which policies might realistically be implemented and take effect, and the appropriate calibration of policies that will be effective in dampening excesses while not unnecessarily reducing well-underwritten credit flows”.

Although tools now described as macroprudential have been used in different shapes and forms for decades, macroprudential policy as a strategy to mitigate systemic risk in advanced economies remains virgin territory. Pinning too much hope to them is not advisable, for the time being.

Bank of England (2014, 25. February). Grand Central: Fed Debates Whether to Use Interest Rates to Fight Bubbles