Europe’s Financial Transaction Tax: Back on the Table, but Only a Shadow of What it Was 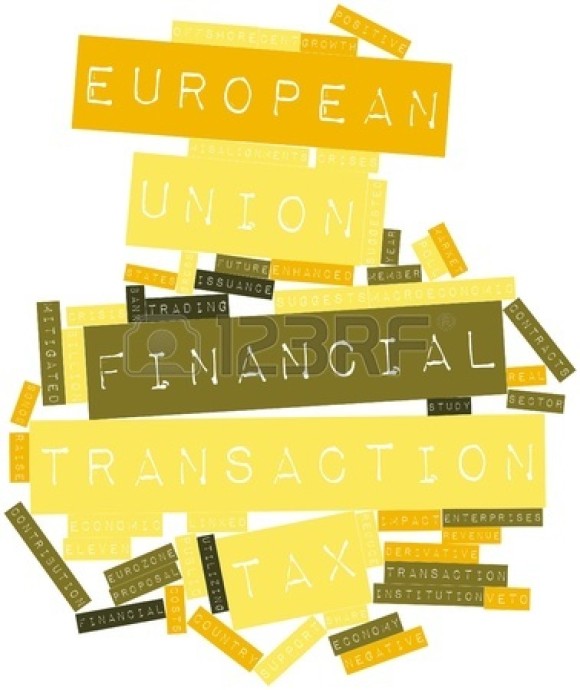 The European tax on financial transactions (FTT) is back on the table. Last week, both Francois Hollande and Angela Merkel said it; they want  an agreement among the 11 participating EU countries before European parliamentary elections in late May.

Until just a few months ago, most observes considered the European FTT dead and gone. The launch of the European Commission’s draft directive in February 2013 had been met with intense lobbying efforts by the finance industry and just a few months later participating member states – seemingly having lost some of their initial enthusiasm – were raising a number of questions and concerns. Further, a legal assessment was made against it, by the European Court of Justice in September 2013 (following a complaint by the UK some months earlier).

However, German elections in the autumn led to a coalition government between CDU, SPD and CDU. The foundation of the new government was a coalition text outlining its main priorities. Among other things, the agreement called for “speedy introduction of a financial transaction tax that would cover shares, bonds, investment funds, currency trades and derivatives”.

In the meantime, the European Commission refuted the legal assessment of the European Council of Justice, stressing that its opinion was non-binding on participating member countries. “We strongly disagree with the Council lawyers’ opinion on the FTT”, said a spokeswoman for Algirdas Šemeta, the EU commissioner responsible for taxation. Take note, she continued, that the legal opinion of the ECJ “only questions one part of the residence principle, and not the tax as a whole, or the procedure of enhanced cooperation”.

But even if the legal issues can indeed be tackled, as the Commission suggests, can the 11 participating EU countries achieve over the next three months what wasn’t possible in the preceding three years? Observers emphasize that both Germany and France have now invested so much political capital in the initiative that non-agreement on some European FTT is as close to unthinkable as it gets.

So what is the likely outcome? Certainly, any actual tax on financial transactions in Europe would be much narrower than what was proposed by the Commission in its draft directive a year ago. The main questions seems to be just how much narrower it will be. The most likely outcome is a tax only on stocks – and possibly derivatives of stock too, to take effect from 2015 or 2016.

In any case, the outcome will be far short of the ‘triple A’ approach originally envisaged – all markets, all actors, all instruments – and exemptions from the tax will almost certainly include government bonds, pension funds and repos, following intensive pressure from the European pension funds and the private repo industry.

These exemptions effectively mean that one of the two original objectives of the proposal to launch a European FTT is already history. There will be no attempt to introduce a tax that mitigates systemic risk in Europe’s financial system. What remains is a European tax on stocks – along the lines of such taxes already existing in France and Italy – which will raise (modest) revenue and help avoid a complete loss of face for policymakers in Germany and France.

It is not the first time regulators and policymakers have retreated from bold plans to address systemic risk. Other examples include the minimum haircut requirement on repos, first proposed and then diluted by the FSB, and the countercyclical capital buffer of the Basel 3 agreement, which ended up a faint shadow of what was first intended. But each of these instances has had its own logic, of course. In the case of the European FTT, five factors seem to have been particularly important in diluting the Commission’s original proposal to such extent that only a bare minimum is left.

First, the sense of urgency is not remotely as acute as was the case when the first draft of the Commission’s proposal was circulated in September 2011. When the European Central Bank launched its OMT programme, the European banking and sovereign debt crisis receded, and as a result many participating member states have been less eager to engage in comprehensive taxation schemes.

Second, the finance industry has campaigned relentlessly in the media against any form of tax on finance. For the past many months, there has not been a day without a new report on the (huge) negative impacts in terms of job losses and economic growth forgone. In the words of Benoit Lallemand, from Finance Watch, the Brussels-based public interest lobby, “the only thing I haven’t heard so far is that the FTT is going to speed up global warming and kill baby seals”.

Third, the finance lobby has managed to mobilize the support of pension funds as well as employer organizations. Indeed, as Germany and France last week announced its effort to achieve agreement on the European FTT before late May, the heads of the employer organizations in nine of the eleven participating countries wrote to the EU expressing their “strong opposition”; “it will only strengthen investor uncertainty and reduce the attractiveness of the Eurozone, well beyond the financial sector”.

Fourth, the European Central Bank – although formally not a party to the negotiations – has been vehemently opposing a tax on repo markets and has, as one observer phrased it, been very actively “spreading reluctance” to a comprehensive FTT. In the view of the ECB, including repos in the European FTT would kill repo markets, dry off liquidity, and significantly raise the costs of government financing.

Last but not least, the centre of gravity for policymakers’ systemic risk concerns in Europe seems to have shifted from taxing finance to regulating banks, no doubt in large part as a result of the above four factors (and a strategy that has its own set of limitations, of course).

Against this background, and with just three months to go for the EU11 to negotiate a European FTT, it may be worth taking a critical look at the arguments advanced against the FTT by the finance industry. We quote at length Avinash Persaud, former senior executive at JPMorgan and UBS and executive fellow at London Business School, who offered a searing indictment earlier this year:

“Bankers are complaining that the tax will kill growth, rob pensioners, make the European debt crisis worse… and more. On examination, arguments by opponents of the FTT have three characteristics. First, they are inconsistent. We are told that the tax will be so completely avoided that no one will pay it. Then we are told that the tax will bring economic and financial ruin. It is hard to have it both ways. Second, the arguments lack a sense of proportion. The actual levy rates proposed by the European Commission are small; 0.1 per cent on stocks and bonds, and 0.01 per cent for derivatives… [T]he FTT will comprise no more than 5 per cent of annual transactions costs for long-term equity holders. Why is nobody complaining about the ruinous effects of the other 95 per cent? Third, the analogies used… are irrelevant. For example, they often tell the story of how Sweden’s experience with such a tax in the 1980’s was avoided. But they ignore the approximately $38bn raised in 40 countries today with FTTs which, like the European version, are difficult to avoid”.

While some wavering in the face of massive opposition is understandable, the prospect of a much diluted deal on the European FTT nevertheless raises serious questions. Are European policymakers failing to seize a rare opportunity to effectively address systemic financial risk? In pursuing its own short-term interest, is finance undermining longer-term public interest?

European Commission (2011). Proposal for a Council Directive on a common system of financial transaction tax and amending Directive 2008/7/EC

Open Europe (2013). Implementing enhanced cooperation in the area of Financial Transaction Tax – Questions to the Commission from the working level

Persaud, Avinash (2010) The Empire strikes back

Persaud, Avinash (2013, 28. May). Europe should embrace a financial transaction tax