Russia Reeling: Pushing a Fragile Economy Off the Cliff? 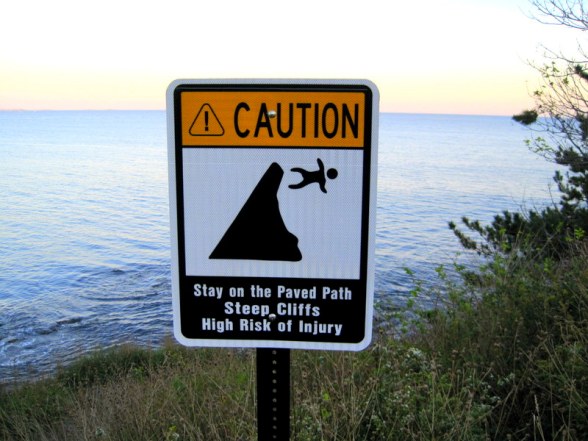 Putin’s political ambitions may come at high cost to the Russian economy. Current tensions between Putin and Western leaders, and the fear of tighter sanctions, are already causing trouble. The Russian government announced yesterday that it is expecting capital outflows to soar to $70bn in the first quarter of the year, a fourfold increase in comparison with a total outflow of $63bn last year.

“The outflows seriously weaken the Russian economy, at a time when foreign direct investment is collapsing”, notes Wolfgang Münchau. Sanctions are still modest, so it is mainly the fear of tighter sanctions in the near future – and the potential Russian retaliations – that is currently driving capital outflows. If sanctions are tightened, to possibly include a block on imports of Russian gas and oil, the impact on the Russian economy could be devastating.

To realize just how bad things could get, take into account that by end 2013, the Russian economy was already causing deep concern. Economic growth was only slightly above 1 % and the IMF raised alarm that considerable “vulnerabilities” persisted. Russia faces four key problems, all of which will dramatically worsen if sanctions imposed by US and the EU are further tightened:

First, Russia is headed for stagflation. By the end of 2013, economic growth was decelerating and approaching a low level of just 1-1.5 % and yet consumer price inflation remained high (and above target), at 6 %. Recent estimates predict that Russian growth will further decelerate in 2014 and inflation is reported to be heading for 7 %. Sanctions will exacerbate the problem, by putting a downward pressure on economic growth and possibly also by creating upward pressure on consumer prices (as imports get more expensive in response to a potential further depreciation of the ruble).

Second, growth in Russia has been driven to large extent by credit-fueled consumer spending. The IMF raised concern on this in December last year, warning that “rapid unsecured consumer credit growth” showed little sign of abating. Sergei Guriev, Professor of Economics and former rector at the New Economic School in Moscow, observes that this particular growth engine is now running out of steam.

Third, the Russian economy is highly dependent on oil and gas. The IMF stresses that both the Russian economy and its public finances remain “highly sensitive to oil prices”. If sanctions are stepped up to include a block on imports of Russian oil and gas, the effects on Russia would be huge. The revenue loss would be huge, with almost 70 % of Russian export revenues coming from oil and gas, and would have massive repercussions, not least fiscally (half of Russian state revenues come from energy receipts). In October last year, the IMF noted that “going forward the Russian economy will have to rely on a more efficient use of resources and higher investment, rather than increasing oil prices”. If sanctions are stepped up, this adaptation challenge will come sooner and harder than anyone had expected.

Fourth, Russia suffers from a resource curse. “Russia’s energy resources… are fast shifting from an opportunity to a familiar curse as the country fails to make the structural adjustments needed to diversify its brittle economy”, notes Christopher Hill, former US Assistant Secretary of State to East Asia. A strong entrepreneurial response to quickly enhance the diversification of the economy is hardly to be expected, given Russia’s low competitiveness and innovation capacity (Russia is ranked 62nd in the Global Innovation Index and 64th in the WEF competiveness index). Dependency on natural resources and low entrepreneurialism will make the bleeding caused by stricter sanctions all the more shattering.

Recession in Russia is a frightening scenario, not least in the current political climate of surging nationalism and ‘Great Russia’ ideology. And few doubt that if the West does indeed step up its sanctions on Russia, Putin would retaliate. But how? The option European investors should fear the most, is forced nationalization. Eurointelligence reports that the Duma is already preparing the legislation. It’s in the best interest of both parties to avoid such escalation.

Yet, if Putin continues into Eastern parts of Ukraine – or imposes the Russian army on smaller targets such as Moldova – the West will have little choice but to step up sanctions (although this course of action could easily hurt the fragile economic recovery, not least in the Eurozone).

So far, sanctions are relatively mild, aimed at a small group of individuals and two Russian banks. If sanctions are tightened in the coming weeks and months – to include energy import restrictions, a freezing of Russian assets in the EU, and cutting Russian banks off from the dollar and euro markets – two questions are particularly pressing:

First, can Putin avoid that this will cause Russia’s already low growth to drop further and be replaced by recession? Second, if not, where will the Russian population turn its frustration and anger, and how will Putin play it domestically?

In the optimist scenario, Putin’s domestic power base will gradually erode, and the events will mark a turning point in the history of Russian democracy, with a serious blow taken by authoritarian ruling. In a pessimist scenario, recession and social unrest will be impetus for further conquests by Putin and the beginning of a new Cold War period.

Alexander Rubtsov, from the Russian Academy of Sciences, asserts that if Putin is pressed domestically, there will be two ways he can go: “either tighten the screws, and so be ready to crush mass protests with repression, or arrange new conquests”. Comparisons with Nazi Germany in the 1930s, and the annexation of Sudetenland, easily seem exaggerated. But if Putin is indeed pushed into a corner – with a suffocating economy and increasing inflation and unemployment – his response, and its geopolitical repercussions, certainly are not pleasant to imagine.

Although it is not at all clear that Putin is “prepared to negotiate”, as Neil Buckley notes, one can only join him in hoping that a “major multilateral diplomatic push for a settlement” will lead to a “final peace over Ukraine between Moscow, Washington and Brussels”, before the situation spins irreversibly out of control.

Eurointelligence (2014). The road to sanctions