European banking misery: pretending rather than mending, does no favours to lending 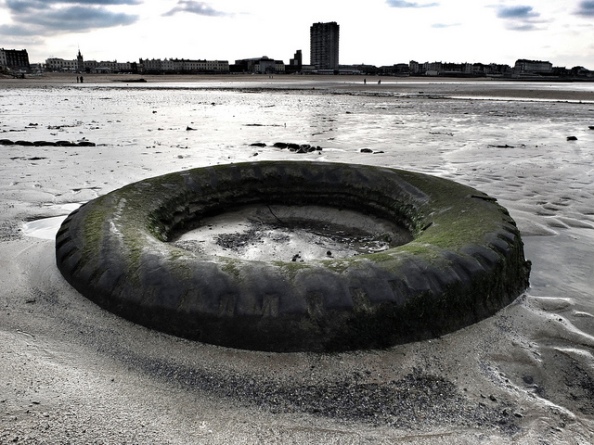 To meet its objectives of strengthening bank balance sheets, enhancing transparency and building confidence, the comprehensive assessment carried out a “forward-looking examination of bank’s solvency”, based on an adverse scenario specified by EBA back in April. By now, the results are well-known: 25 out of 130 assessed institutions were identified to have a combined capital shortfall of €24.6 bn, but taking into account the capital raised by these institutions during the year, the number is down to €9.5 bn, distributed over 13 banks, predominantly Southern European, with only 8 of them actually having to take action (the remaining five already subject to restructuring). So, raise €10 bn in new capital, and European banking is well and fine? Not exactly.

Although the ECB’s assessment is more comprehensive than the (discredited) stress tests carried out by the EBA over the past few years, it makes the same mistakes. The stress tests of the comprehensive assessment define capital ratio thresholds relative to (easily manipulated) risk-weighted assets, and specify an adverse scenario that is not very adverse, as Frances Coppola notes. “Most worrying of all, the sovereign bond yield rises in the ‘adverse’ scenario are far smaller than the yield spikes seen not only in the Eurozone periphery, but also in emerging Europe in the last decade. Do we believe that the horrors of the past will never return again”, she asks.

The ECB’s comprehensive assessment portray German and French banking as well-capitalized and healthy. The opposite is true: few banks are as poorly capitalized as the French and the German ones. In fact, they operate on the brink of insolvency, and an adverse turn of events could easily wipe out their thin capital buffers. Here is a snapshot of capital ratios in the largest German, French, Spanish and Italian banks, as measured relative to risk-weighted assets and total assets, respectively, under the assumptions of the ECB’s adverse scenario.

Note, first, that Core Equity Tier 1 (CET1) capital is a broader category of capital than equity capital and hence the figures for equity capital to total assets (not published in the comprehensive assessment) are even lower. [i] Second, bear in mind that the minimum requirement for equity capital agreed internationally in the Basel 3 accord, is 3 % of total assets (an important benchmark, although the formal deadline for full compliance was postponed until 2019, mainly as a result of pressure from large European banks). The largest French and German banks are below this threshold, already in the first year of the ECB’s 3-year projections. Add to this, that the adverse scenario is far off a crisis, and far off serious ‘stress’ (scenarios such as deflation, sovereign default, substantial asset price shocks etc, are not considered).

The data cited above suggests that little has changed since a study on the recapitalization of European banks found last year that the core of the problem in European banking is in the core of the Eurozone, not in its periphery. Serious estimates of the capital shortfalls of European banks in an adverse scenario are publicly available in the work of Viral Acharya and colleagues at the Volatility Lab at New York University. The capital shortfall for the French banks included in the study amount to €222 bn, or more than 12 % of French GDP, while for Germany it’s €123 bn corresponding to 5 % of its GDP.

The suspicion lingers that undertaking the comprehensive assessment on the basis of risk-weighted assets and an only mildly adverse stress scenario maybe were not ‘mistakes’, after all. More likely, it reflects substantial political pressures. It would have required courage and genuine independence for the ECB to identify several German and French banks as severely undercapitalized just days before it assumes bank supervisory responsibilities for all major Eurozone banks. If anyone believed there was still such a thing as an ‘Independent’ ECB, they better think again. The coming to life of the SSM, through the completion of the so-called ‘comprehensive’ assessment, is yet another chapter in lenient European banking supervision and the last nail in the coffin on independent central banking in the Eurozone.

European banks are also not lending much, critics say. That is, at least in part, down to low credit demand in many Eurozone countries. But if European banks are to be able to lend when (and if) Eurozone growth resumes, 3 out of 4 of them need to first significantly change their business model, the IMF have said. However, the issue of banking business models has not been on the agenda of European banking stress tests, it seems. One can only wonder why.

For many of the largest banks, lending is becoming an ever smaller part of their business. Take Deutsche Bank as an example: their loans amount to only 23 % of total assets, with financial assets making up almost 60 %. “Unlike loans where there are borrowers, behind financial assets there are counterparties and in the majority of cases they are not valued on some notional amount or based on some tradeable value in a public market but, instead, based on complex formulae”, notes Klaus Kastner, a retired Austrian banker. “If those formulae cease to be valid, the value of the assets is in the dark”, Kastner stresses. “Put differently”, he continues, “Deutsche is still a hedge fund with a small commercial bank attached to it. That’s a risk which cannot easily be measured”.

The ECB states that the SSM will “follow up on the results of the comprehensive assessment when taking up its day-to-day supervisory activities as of 4 November 2014”. Good luck, Europe. The Systematically Superficial Mechanism will be of little use. “In the meantime, the zombification of much of the Eurozone banking system continues”, as Willem Buiter remarked.

[i] The CET1 capital category allow a number of “regulatory deductions from capital to be phased-in over time”, giving national authorities involved in the AQR exercise “considerable discretion”, which according to the ECB itself has been “heavily used”.

Kerry, Will and Andrea Maechler (2014, 20. October). Banks Should Help, Not Hinder the Economy

Vestergaard, Jakob and Maria Retana (2013). Behind Smoke and Mirrors – On the alleged recapitalization of Europe’s Banks